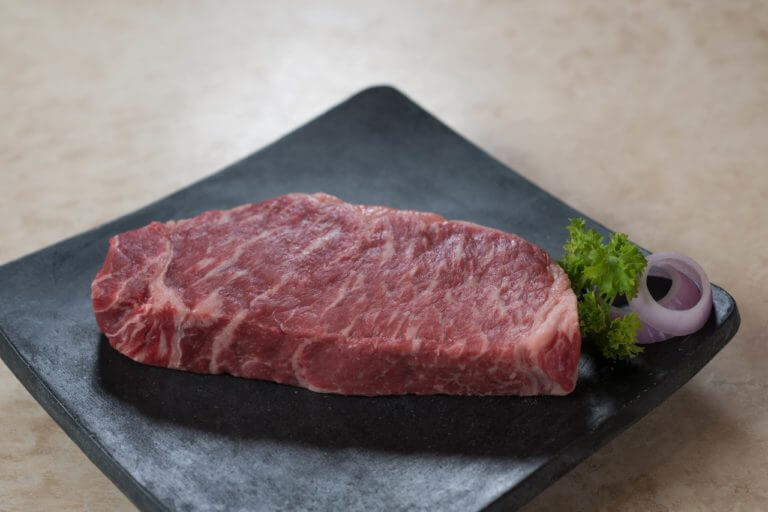 You’ve probably heard it a million times before: slice against the grain. If you’re like many steak lovers (including some of us here at Steak U), you might have heard and even followed this advice for years or decades without ever really understanding why it’s so important.

Simply put, slicing steak against the grain results in a tenderer, easier to chew piece of beef.

When we talk about “grain” in steak, we’re talking about the direction a steak’s muscle fibers run. Steak grain is a lot like wood grain. Both materials are made up of long fibers that run parallel to one another. One just happens to be much, much more tasty (and edible) than the other.

Most muscles in cattle need to be powerful. After all, they’re helping move a 1,000 pound animal. Steak muscle fibers therefore tend to be thicker and tougher than in other meats, especially the fibers in frequently-used muscles.
While muscle fiber in steak is only a human hair’s width in diameter on average, steak muscle fibers are bundled together into groups of 50-300. Because of this, the direction of the fibers is fairly easy to spot. This is especially true in heavy-use muscles, like those found in flank, hanger, and skirt steak.

Why Does it Matter?

Steak muscle fibers are tougher when you leave fully or mostly intact. On the other hand, when those fibers are cut up before eating, steak is much easier to chew and more tender.

Slicing with the grain means long bundles of intact muscle fibers will need to be torn apart by your teeth, resulting in a tougher chew. The tougher the muscle fibers, the harder it is to chew your meat.

But when you slice against the grain, you give your teeth a major head start. Since you’ve already sliced the fibers into smaller pieces, your teeth no longer need to break the muscle fibers down as much. Instead, your teeth can simply separate these pre-cut bundles from one another, a much easier task.

How to Slice Against the Grain

To slice against the grain, you should:

Remember that slicing against the grain is important both before and after cooking.

When Slicing Against the Grain Matters Most

Slicing against the grain is easiest with tougher cuts of meat, where the bundles of muscle fiber are more prominent and easy to spot. The good news is that these are the cuts for which slicing against the grain is most important. How you cut a flank steak, for instance, can be the difference between a tender, exceptional steak and a dish that turns out tougher than leather.

With more naturally tender cuts, such as ribeyes and filets, muscle fibers aren’t as built up. This makes them tougher to spot, but provides more room for error, since these steaks are naturally easier to chew. 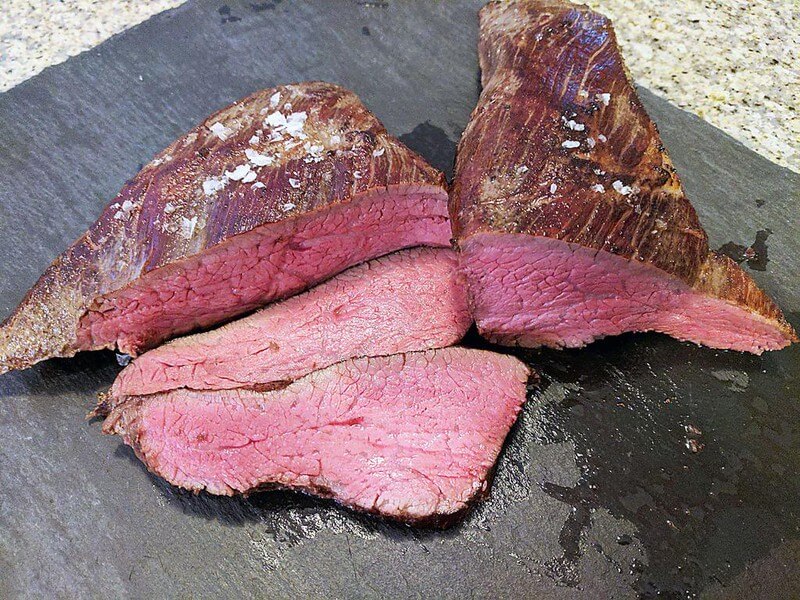 For more info on which steaks require close attention for tenderness, check out Steak U’s complete guide to beef cuts.

Grilling with a Cast Iron Skillet: The Secret to a Perfectly Seared Steak
How to Thaw Steak: One of Your Most Pressing Questions, Answered
T-Bone Nutritional Facts: Everything You Need to Know About T-Bone and Your Health