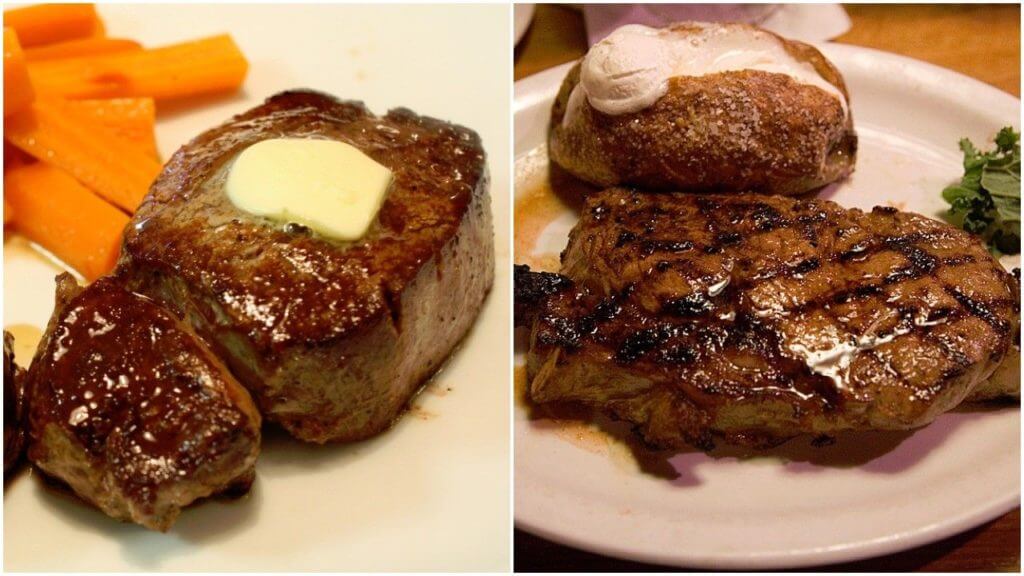 Few steaks come close to the flavors and tenderness of top cuts of steak like the ribeye and filet mignon. Ribeye has long been known to steak lovers as the epitome of steak flavor they crave. The filet mignon is one of the most tender cuts you’ll sink your teeth into. But, the two cuts are very different in flavor and you’ll likely find a lot of debates among steak critics as to what cut is the better representative of steak.

Filet or Ribeye: What’s the Difference?

What are the types of steak you most often see at restaurants? Usually a T bone steak, rib eye steak, and filet mignon steak top the list. But, each cut of steak has something a bit different to offer, from fat content to tenderness to flavor. Although the rib eye and filet mignon are two of the most talked-about cuts – and some of the most expensive – they couldn’t be more different. Depending on your steak preferences, the ribeye is perfect for those who prefer flavor, and the filet mignon is the better choice for those who prefer texture.

Why We Love the Ribeye 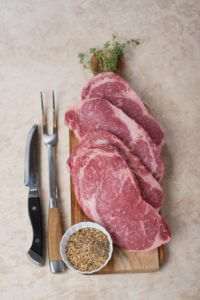 The ribeye is known to most steak lovers as the most flavorful cut of steak. If you compared the T bone steak vs ribeye or ribeye vs strip steak, the ribeye would likely be the fan favorite almost every time. This cut of steak comes from the ribs of the animal, right between the loin and shoulder. The cuts include incredible fat marbling, which helps pack in rich flavors and juicy texture. The rib eye is one of those steaks that you don’t have to do anything to as you cook it, except season it with a bit of salt and pepper, if desired. The flavor of the ribeye filet speaks for itself.

Why We Love Filet Mignon 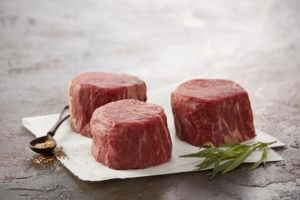 Is the best steak cut filet mignon? Many steak lovers will answer with a resounding “yes”. Most people don’t think twice about the higher price tag than other cuts because of the filet mignon’s notoriety as being one of the best steaks on the market. But, if you ask a lot of steak chefs and experts, they’d probably tell you that filet mignon is way overrated.

We beg to differ. It’s true that filet mignon doesn’t have the robust flavor of a rib eye steak. The reason you usually see it wrapped in bacon or paired with gravy or sauce is to help provide some extra flavor. But, its texture is unbeatable. This steak comes from the short loin of the animal and is just about the best steak cut if tenderness is what you’re after. There’s a reason people describe its texture as “melt-in-your-mouth,” because it just about does.

Filet mignon is one of the most expensive cuts of steak because it’s one of the most coveted. Die-hard fans of this cut are willing to pay top dollar to get the tenderness you can easily cut with a fork. Plus, the average animal only has about 17 to 18 ounces of the filet mignon on them – and each cut is just about half of that portion. So, it’s not only one of the best cuts of meat, but it’s also one of the rarest.

With that being said, ribeyes aren’t necessarily cheap, either, compared to other cuts. To save money on ribeyes, though, you can purchase a larger rib section and cut it into steaks yourself. But, when you visit a restaurant, expect to pay more for a ribeye or filet mignon than you would other, less-desirable cuts.

How to Cook Ribeye or Filet Mignon to Perfection

Both the rib eye and filet mignon are good cuts of steak to cook in a pan. The filet mignon steak is best when cooked no more than medium-rare, or you’ll risk losing the fantastic tenderness that it’s best known for. You can give it a good sear in a pan with a small amount of olive oil and some salt and pepper. Many people use the leftover pan juices to run over the top of the steak after it’s done cooking for some added flavor.

Ribeyes have such high fat content that they can be somewhat dangerous for grilling. And, if the chef doesn’t have a lot of experience grilling them, they can become dried out quickly from the high heat of the grill. The ribeye steak does best pan-searing in a cast iron skillet with a small amount of butter. This cooking method lets it cook a little slower than the grill to allow the fat to tenderize the meat naturally through the process.

When it comes to ribeye vs filet, you can’t go wrong. Chicago Steak Company provides amazing, Premium Angus Beef Filet Mignon and delicious USDA Prime Wet Aged Ribeye that will both make you see what the fuss is about with these two cuts. The one you enjoy most will depend on whether you believe flavor or texture is more important in your steak. Fortunately, these cuts excel in both areas, with each having the edge over the other on both ends of the spectrum. The most flavourful steak of the two may be the ribeye, but the filet mignon can certainly hold its own with melt-in-your-mouth tenderness.

What is better, ribeye or filet mignon?

If you’re not sure whether to buy filet mignon or ribeye, consider the type of steak you usually enjoy. If flavor is your number one priority, ribeye’s intense beefy flavor will likely please your palate. However, if tender, melt-in-your-mouth steak sounds more intriguing, you’ll probably enjoy the texture of filet mignon.

What cut is better than ribeye?

The best cut of steak depends on your personal preferences. However, many steak enthusiasts enjoy filet mignon more than ribeye, mostly because of its unparalleled tenderness that works well with elevated, restaurant-quality dishes. When comparing rib eye vs filet mignon, consider flavor, price, and texture. While filet mignon wins the battle for tenderness, it also comes at a higher price tag with less beefy flavor than ribeye steak.