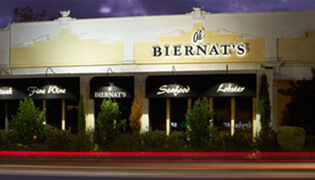 This Dallas original is widely considered one of the city’s gems on the steakhouse circuit. With a litany of awards and Best Of list placements, Al Biernat’s is a trendy, modern favorite of the local executive class. Unlike many other steakhouses, Al Biernat’s excellence doesn’t end at their specialty steaks (which, yes, are to die for). They also serve up unparalleled salads with house-made vinaigrettes, a succulent cut of swordfish, an close off dessert with one of the best coconut cream pies going.