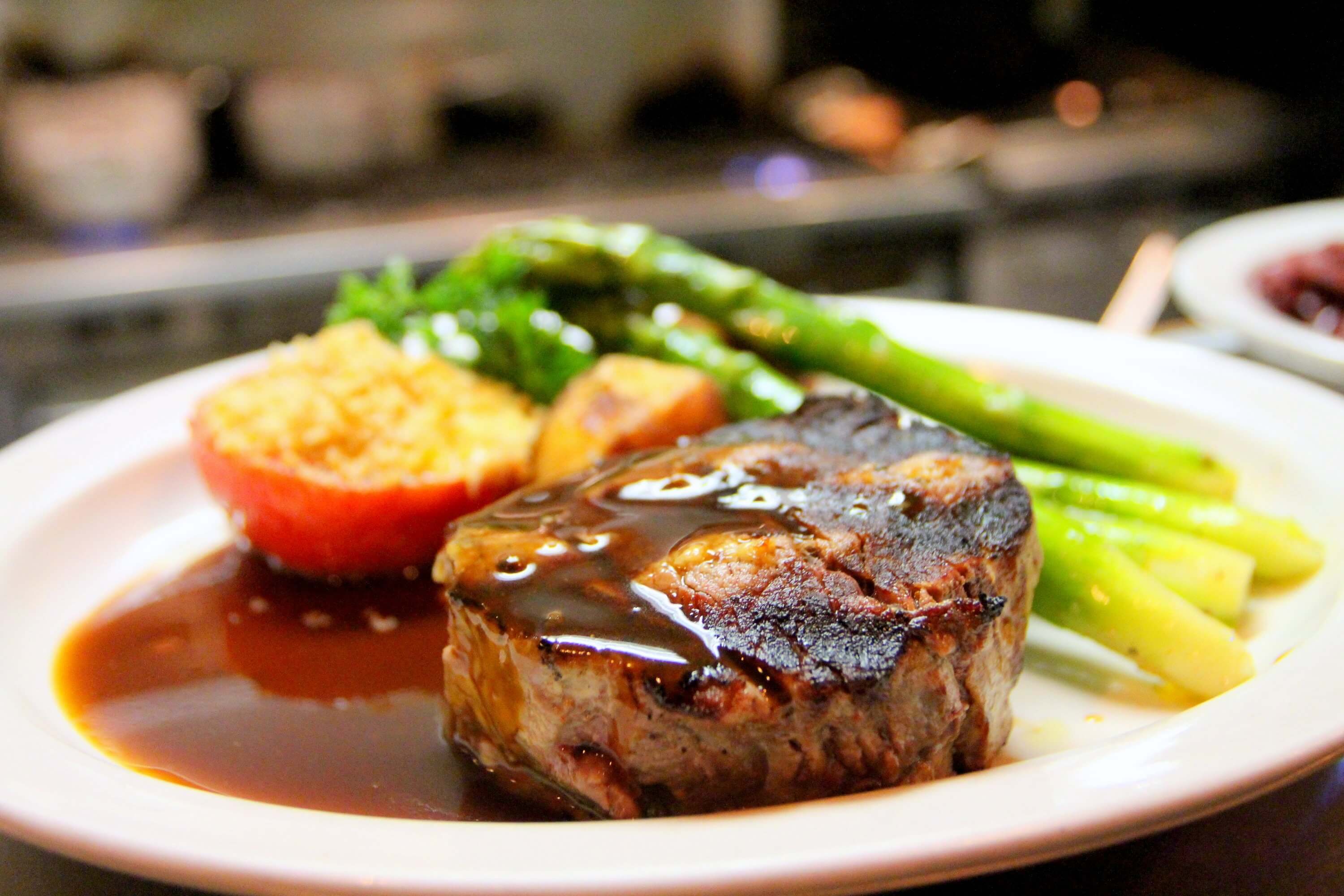 If you’re looking for a steak that almost resembles a filet mignon but has an even more robust flavor (and will likely save you a few dollars per pound!), then the baseball steak might be your dream come true.

Just what is a baseball steak? You might have also heard it referred to as a baseball cut steak or baseball top sirloin. But, they’re all other names for the top portion of the top sirloin steak that comes from the primal loin of the animal. The top sirloin is known for its bold flavor and, since they’re usually cut thick, they cook wonderfully on the grill while maintaining their tenderness.

Why is it Called Baseball Steak?

When you look at a baseball cut top sirloin, you’ll see exactly where it gets its name from. The cut resembles the filet mignon because it tends to be round and thick – at least two inches – and looks just as tasty. However, the baseball steak tends to poof out a bit at the top and sides, causing it to form somewhat of a baseball shape. Usually, a little more puff happens once you cook it.

The particular cut is relatively small compared to a typical top sirloin cut because it’s cut from the upper portion. Still, this small cut packs in a lot more flavor than many other steaks and, if cooked with care, maintains an incredible texture.

If you’re going to purchase a baseball steak from your butcher or the local supermarket, here are a few helpful pointers:

Or, take the guesswork out of searching for the best baseball cut sirloins and let us do it for you! Chicago Steak Company offers Premium Angus Beef Sirloin that you can order online and have shipped directly to your door in a few days.

A medium rare top sirloin steak is the most common doneness for this cut because it helps preserve the texture and juice within. You can reach a medium rare cook the best by cooking in the oven or on the grill. If your heart is set on a pan sear, don’t worry – you can still sear your steak in your cast iron skillet. But, since it’s so thick, you’ll need to finish it off in the oven.

How to Cook Ball Tip Steak in the Oven

After seasoning your sirloins and giving it a good sear in some butter in your skillet (about three to four minutes on each side), transfer it to a baking dish in an oven preheated to 450 degrees. The high temperature will cook your steak quickly without letting its juices escape and drying it out. Your steaks will need between eight to ten minutes to cook in the oven.

Use a meat thermometer to check your steak if you’re not sure. For medium rare, remove steaks when they reach 120-125 degrees. Allow it to rest between five and ten minutes before serving.

Pro Tip: Using a thermapen from ThermoWorks ensures your steaks are cooked to perfection. 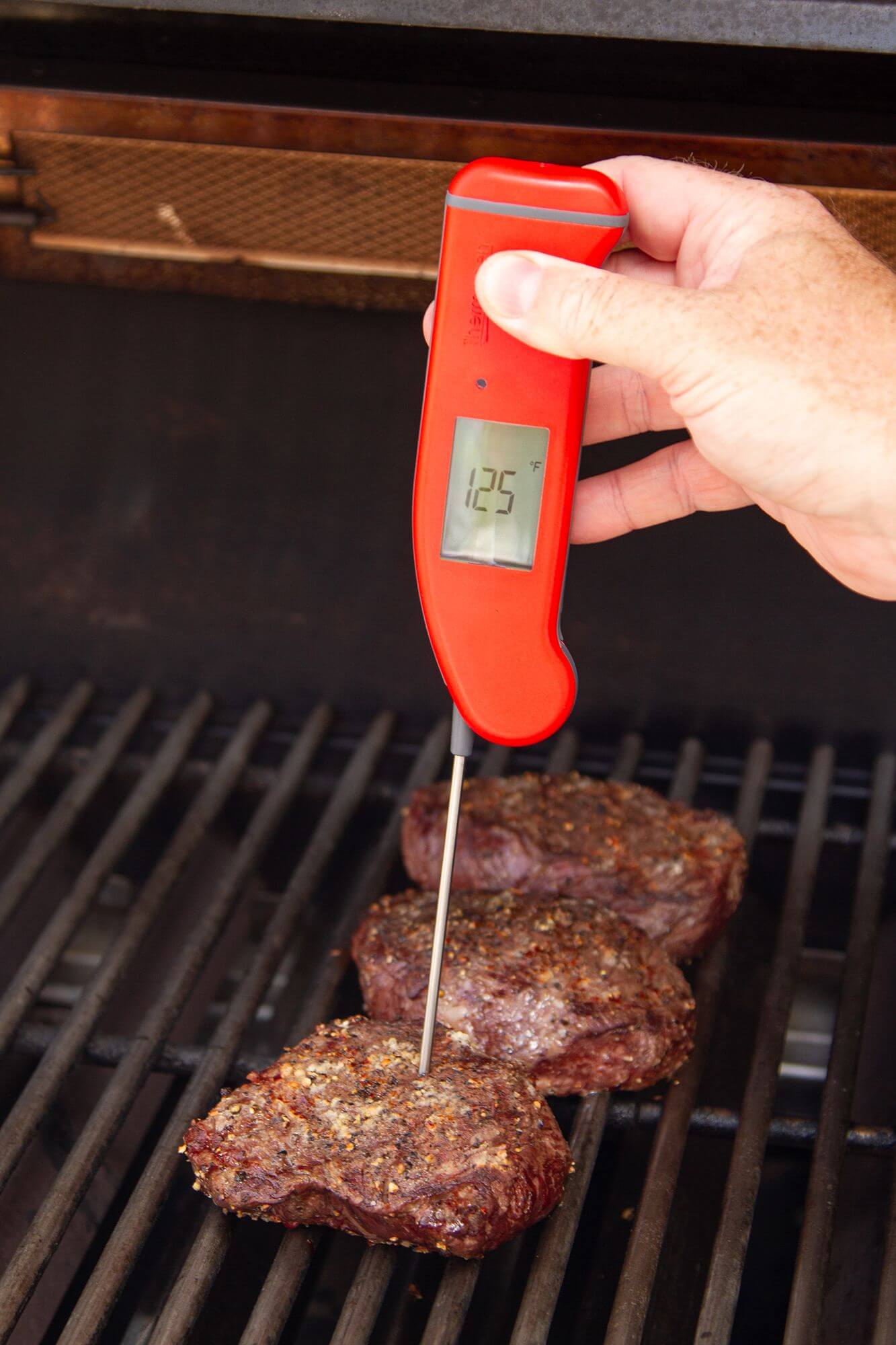 How to Cook Top Sirloin on the Grill

Cooking top sirloin on the grill usually ends with a great result if you know your grill and its cooking times well.

First, heat your grill to medium-high and allow it to come to full temperature. Meanwhile, you can season your steaks and brush some melted butter or olive oil on them.

Then, sear your steaks for two to three minutes on each side over the hottest part of the grill. You can then move them to lower heat, close the lid, and allow them to continue cooking for another six to ten minutes. Again, use a meat thermometer to monitor the internal temperature before removing them.

Cook and Enjoy a Baseball Steak from Chicago Steak Company

Are you excited to try this cut of steak for yourself? You can head over to Chicago Steak Company and learn more about the baseball cut filet and how to get it shipped to your door – no visit to the butcher necessary! Then, check out Steak University’s cooking tips for all sorts of ways to cook your steaks to perfection.

What is another name for a baseball steak?

Lots of people ask us, “What are baseball steaks?” so don’t feel bad if you aren’t sure what they are, either. A baseball steak looks similar to filet mignon, but it’s actually a piece of top sirloin steak cut from the sirloin area of a cow. It’s super flavorful and very tender.

Is a baseball steak filet mignon?

No, baseball steak is not filet mignon, although it looks very much like one. However, this cut comes from the sirloin area of a cow, specifically the top sirloin. Although it’s not the same as filet mignon, many people love it because it’s almost as tender as the popular cut.

How do you cook a baseball steak?

What is baseball steak’s best cooking method? Typically, people cook it in the oven or on the grill, first searing the outside before cooking it slowly until it reaches a desired internal temperature.

What does the term baseball steak mean?

New York Strip vs Ribeye Steak, Compared
Cook A Perfect Steak: How Famous Chefs Do It
How to Cook Sirloin in the Oven