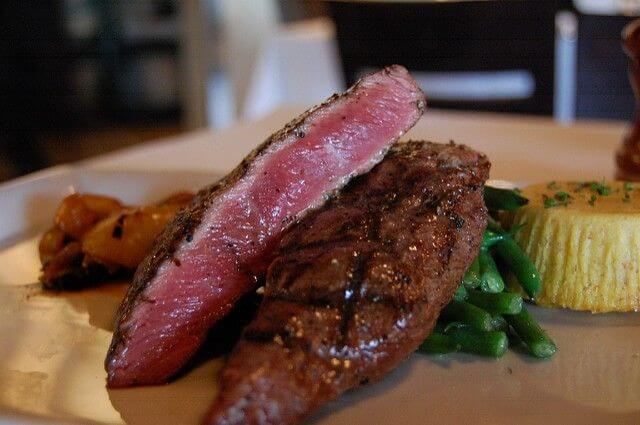 Who knew that some of the cheapest cuts of steak could still be tasty? When it comes to steak, we tend to assume that the priciest options are always the best. Unfortunately, that means that inexpensive cuts tend to get overlooked when they can be just as yummy for different kinds of cooking. Ordering cheap cuts of meat from the butcher or through your favorite online steak company is something you might want to consider. Like most things, it’s not so much the price that matters, but the quality that makes the difference. These inexpensive cuts will make you rethink how much you spend on your steak dinners:

Flat iron steaks are becoming more popular, but they still fall within the inexpensive category because you can usually find them much cheaper than other steaks. They come from the cow’s shoulder, a very worked muscle that’s firmer than other areas, but has plenty of marbling throughout to give it just enough juiciness and the right texture. Flat irons are excellent choices for meals in which you need a thinly-sliced steak (like steak salads or cheese steak sandwiches). You can slice them thin and they’ll still maintain a great texture without getting dry and chewy.

A chuck eye steak looks and tastes similar to a ribeye, but it’s one of the cheaper ones to find in the supermarket. Chuck eyes come from the rib of the cow, just like the ribeye, only a little further near the top of the rib, so it’s not quite as tender. However, the cut is surprisingly flavorful (maybe not as robust as the ribeye, but close enough if you want to save a lot of money). To keep it nice and tender, use your favorite marinade on the chuck eye before putting it on the grill.

The more affordable sibling of the top sirloin, the tip sirloin comes from the same rear area of the cow, but from a leaner area, making the texture a little less pleasing but with similar flavoring. You can save a good amount of money buying this cut over the top sirloin, but you’ll want to use it for stew, kebabs, and other meals where you can cut it into smaller chunks, rather than making it the star of the meal.

We mentioned that cheap steak doesn’t always equal bad flavor. The reason some steak is less expensive than others is just because it’s more readily available. Cuts like filet mignon are so expensive because there’s so little of it on each animal. Even though filet mignon is so costly, it still doesn’t have enough flavor for some people!

When it comes to choosing the best steak cuts, you should always consider quality over price. One steak could be $5 less per pound than another, but that doesn’t automatically make it less flavorful or chewier. Similarly, that higher-priced steak may not be as good quality as the lower-priced one.

When you order steak online from Chicago Steak Company, you know you’re always getting high-quality cuts. In fact, they’re some of the best in the industry. Regardless of how much you spend, you’ll still walk away knowing you’re getting a quality product that we stand by. They’re sourced from quality farms and hand-cut by professional butchers. Plus, it couldn’t be more convenient to order steak online to get shipped to your door in a few days. We invite you to read the Chicago Steak Company difference. Do you know where your steaks come from?

Can Steak Help You Lose Weight?
How to Cook Ribeye in a Pan
Pit Barrel Cooking: The best barrel smoker on the market!