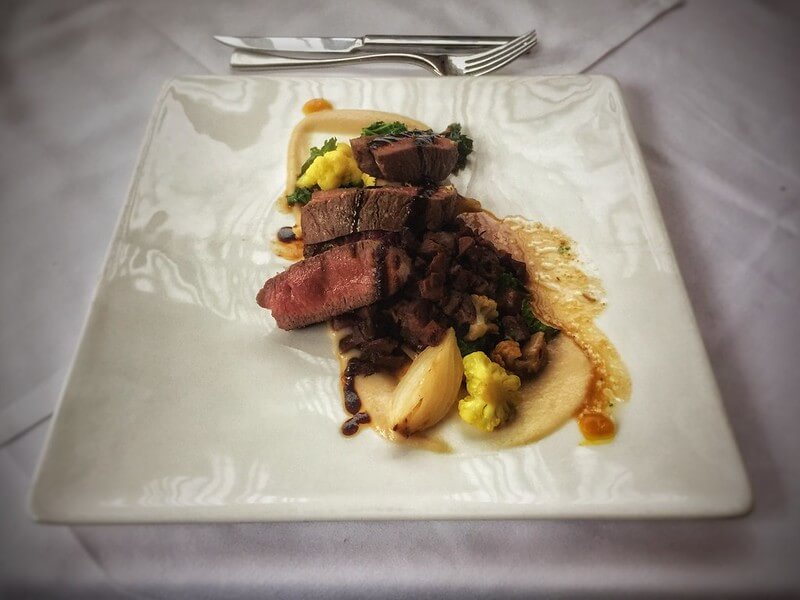 Photo by Shelby L. Bell licensed under CC BY 2.0

At Steak University, we tend to stay away from the controversial topics and instead focus on education when it comes to all things beef.  But in contrast to Democrats vs Republicans or red vs white wine, there’s one this-or-that topic that we just couldn’t resist delving into any more: Bison Steak vs Beef Steak.  So if you’re one of our many faithful readers that have been wanting to give bison a try, or just want to know what the big deal is when it comes to this increasingly popular meat, keep reading.  We have everything you need to know to help make the big decision when it comes to your next gourmet steak dinner.

Farming commercial herds of beef cows is a fairly modern invention.  Before the new trends in grain feeding herds in close quarters, herds were typically smaller with more individual ranchers.  Beef herds were allowed to roam over a larger area with the extra space eliminating common overcrowding problems such as increase in disease which meant lower or no extra antibiotics or hormones were needed to produce a quality cut of beef.

Travel back even further in time and you would find much smaller beef operations, with many rural families keeping their own small herds of 5-20 head of cattle along with other common farm livestock.  In addition, hunting game for everyday meat was a more common occurrence as wild herds, such as bison, were more common before modern increases in population and urban sprawl pushed many of these animals out of their natural habitats.  In short, while bison steak recipes popping up in restaurants may seem like a modern trend, it’s really a more of a throwback to simpler times.

Now that we’ve delved into the fact that our ancestors were eating bison steaks way before it was cool or hip, let’s get down to the compare and contrast portion of our lesson.  One of the biggest arguments for those looking to compare bison steak vs. beef steak is in the nutrition department.  Pound for pound a quality bison steak has the same vitamins, minerals and other nutrients as a similar cut of beef steak.  The real difference is found in fat ratios and calories.  A 4-oz serving of bison comes in at around 120 calories.  Bison tends to be lower in fat and slightly higher in protein making bison the healthier meat choice for those looking to cut calories and fat without gorging on bland, tasteless chicken breast.

You’d be hard pressed to tell a bison steak from a similar cut of lean beef.  Since bison herds are often free roaming, marbling tends to be a touch finer on most bison making for a more even fat distribution.  This can sometimes lead to bison tasting richer, with a  deeper beef flavor, but overall flavor and tenderness is the same, that is, if you cook your bison steaks correctly…

When it comes to how to cook bison steak, there are some major differences with common beef steak recipes and beef grilling methods.  First, since bison tends to be leaner than traditional beef steaks, you’ll need to reduce your cooking time by about 20-30%.  Grilled bison steaks should never be cooked to more than medium-rare and you’ll want to give your bison steak a good sear to ensure moisture stays on the inside.  Another point of note in the bison steak vs. beef steak debate is that bison should be finished at a slightly lower temperature, again, to account for the fact that it’s a leaner meat than what traditional beef steak recipes call for in their cooking methods and times.

When deciding between bison vs beef steak, consider the choice similar to comparing apples to oranges.  From taste to texture to nutrition, each meat choice has its unique benefits to your next home cooked gourmet meal.  As with individual cuts of beef, bison is just another way to enjoy a nice piece of steak, cooked to perfection.  If you’re about to fire up that grill, don’t forget to tune in to Steak University for tips and tricks sure to help you cook your steak of any variety to perfection. 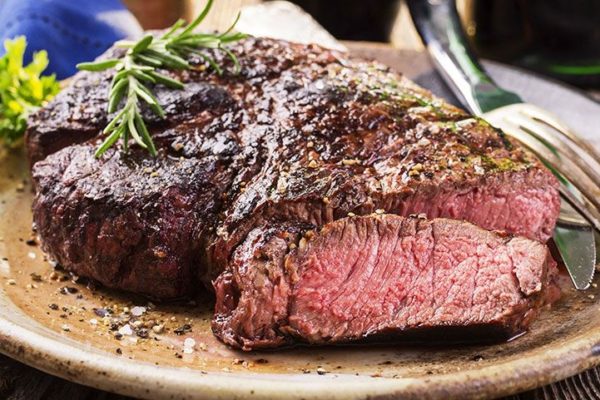